If you’re looking for a no-stress dentist in Maine, you’ve found it at Mountain View Dentistry. Located in Bridgton, we are here to serve you. Whether you visit us to get your teeth cleaned or for a dental emergency, you can trust us with your family’s care.

Your family will appreciate: 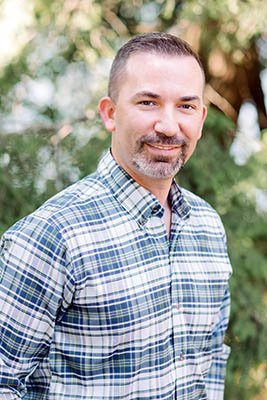 Dr. Shilo Annis was born and raised in Maine. Shilo has had an unusual path to become a dentist in Maine. After graduating Windham High School, he enlisted in the Army and spent a few years in South America. He then became an Apache Helicopter Pilot in the Army for several years. After leaving the Army, he went became a federal agent flying for Customs and Border Protection in San Diego.

While Shilo enjoyed  flying, he wanted something that provided a service to people in his home state. Eventually, he made his way through the University of Southern Maine. He then went on to the University of New England College of Dental Medicine, graduating in the inaugural class.

Shilo has many interests in dentistry and wants to maintain a general practice in which he can serve the majority of people and their concerns.

Outside of work, Shilo enjoys any and all activities that allow him to spend time with his wife and two daughters.

“Yes, I enjoy making beautiful smiles. Moreover, I really enjoy helping someone that is anxious at the dentist become more relaxed and providing solutions for their concerns.” 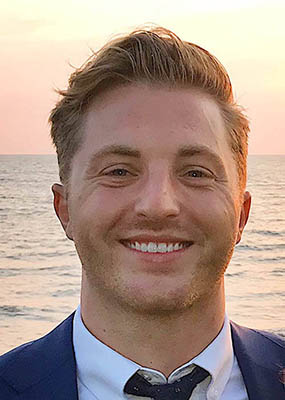 A native of Hershey, PA, Dr. Jocham has spent the last few years practicing dentistry in Denver, Colorado. He was growing tired of all the powdery-fresh, high-altitude snow and is ready to challenge his outdoor adventure abilities by skiing, hiking and cycling on our Eastern rocks and ice. Dr. Jocham is a dedicated dentist who works to build a relationship with every patient by educating them on their oral health and providing gentle and effective care. He completed his undergraduate studies at Penn State University and went on to earn his Doctor of Dental Surgery degree from the New York University College of Dentistry. Following his doctoral studies, Dr. Jocham completed an intensive general practice residency at Jersey City Medical Center. There, his residency emphasized oral surgery, emergency care, and endodontics. He is also a certified Invisalign provider. When searching for a dentist in Maine, you need not look any further. We look forward to introducing Dr. Jocham at your next visit.

“There is a great deal of trust a person has for their dentist. I want to earn and keep that trust by providing the best treatment possible for them in a relaxing environment.” — Dr. Shilo Annis